Is there a way to treat depression without therapy or drugs? 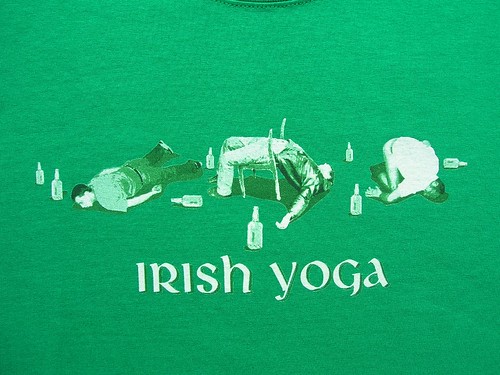 The aim of this study was to assess the acceptability and feasibility of Vinyasa yoga as an adjunctive treatment for depressed patients who were not responding adequately to antidepressant medication. The authors also planned to ask participants for qualitative feedback on their experience of the class and to assess change over time in depression and in possible mediating variables. The authors recruited 11 participants in 1 month for an 8-week open trial of yoga classes. They found that 10 participants completed follow-up assessments, 9 of 10 were positive about their experience, and all provided feedback about what was and was not helpful about yoga, as well as barriers to class attendance. Over the 2-month period, participants exhibited significant decreases in depression symptoms and significant increases in an aspect of mindfulness and in behavior activation. This pilot study provided support for continuing to investigate Vinyasa yoga as an adjunct treatment for depression. The next step required is a rigorous randomized clinical trial.

Patient use of complementary and alternative treatments, including yoga, to manage mood and anxiety disorders, has been well documented. Despite research interest, there are few recent reviews of the evidence of the benefit of yoga in these conditions.

The PubMed, Medline and PsycInfo databases were searched for literature published up to July 2008, relating to yoga and depressive and anxiety disorders.

The paucity of reported studies and several methodological constraints limit data interpretation. In depressive disorders, yoga may be comparable to medication and the combination superior to medication alone. There is reasonable evidence for its use as second-line monotherapy or augmentation to medication in mild to moderate major depression and dysthymia, with early evidence of benefit in more severe depression. In anxiety disorders, yoga may be superior to medication for a subgroup of patients, but its benefits in specific conditions are still largely unknown. Second-line monotherapy is indicated in performance or test anxiety, but only preliminary evidence exists for obsessive-compulsive disorder and post-traumatic stress disorder. Yoga appears to be superior to no treatment and progressive relaxation for both depression and anxiety, and may benefit mood and anxiety symptoms associated with medical illness. It shows good safety and tolerability in short-term treatment.

Reasonable evidence supports the benefit of yoga in specific depressive disorders. The evidence is still preliminary in anxiety disorders. Given its patient appeal and the promising findings thus far, further research on yoga in these conditions is encouraged.

Source: “Yoga in the treatment of mood and anxiety disorders: A review” from Asian Journal of Psychiatry, Volume 2, Issue 1, March 2009, Pages 6-16

Is there a non-drug way to improve male sexual function?

What’s an easy way for women to improve all areas of sexual function?