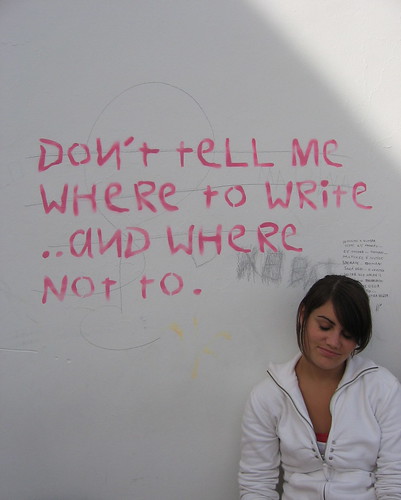 Research looking at toilet graffiti has focused on topic at the expense of a communication perspective and has also suffered from a number of methodological failings. This study sought to remedy this and integrate the research into the social identity and deindividuation model and communication accommodation theory. Graffiti were collected verbatim from adjacent male toilets, female toilets, and study booths. Strong gender differences were found for topic. Graffiti from the female toilets tended to be more polite and interactive, whereas those from the male toilets were more argumentative and negative. Gender differences in language style were more subtle but generally consistent with those found in other contexts. Gendered language was mitigated in the mixed-gender context. Topics in the mixed-gender context were a composite of the topics found in the men’s and women’s toilets but also included the only sexist remarks in the data.

Source: “The Writing on the Stall, Gender and Graffiti” from Journal of Language and Social Psychology