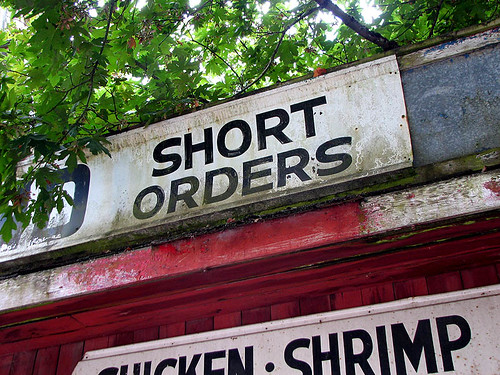 This study draws a connection between increasing height and increasing masculinsation. Women who were shorter had more desire to have kids, had children at an earlier age, ended up having more kids, and had fewer career ambitions:

Previous research has shown that variation in sex-specific personality traits in women can be predicted by measures of physical masculinisation (second to fourth digit ratio and circulating testosterone). This study aimed to test the hypothesis that certain sex-specific traits in women (maternal tendencies and career orientation) could be predicted by one index of masculinisation, height. Data was collected via online questionnaires. In pre-reproductive women (aged 20-29, n = 679), increasing height related to decreasing maternal personality (lower importance of having children, lower maternal/broodiness) and decreasing reproductive ambition (fewer ideal number of children, older ideal own age to have first child). Increasing height also related to increasing career orientation (higher importance of having a career, and higher career competitiveness). In post-reproductive women (aged over 45, n = 541), increasing height related to decreased reproductive events (fewer children, had first child at older age) and increased career orientation. Results provide further support for previous studies that show physical masculinisation is associated with psychological masculinisation.

This may be tied to estrogen levels. Women with higher levels of estrogen and who looked more feminine desired more children than average:

Previous studies have shown that women with higher maternal tendencies are shorter and have lower testosterone levels than those with lower maternal tendencies. Here we report two studies that investigated the relationships between maternal tendencies and two further measures of physical masculinization/feminization; urinary estrogen metabolite (estrone-3-glucuronide: E1-3G) levels (Study 1) and rated facial femininity (Study 2). In Study 1, nulliparous women reported both their ideal number of children and ideal own age at first child and also provided urine samples. There was a significant positive correlation between measured late-follicular estrogen levels and reported ideal number of children. In Study 2, analyses of facial cues in two independent samples of women showed that the average facial characteristics of women who reported desiring many children were rated as more feminine than those desiring fewer children. Collectively, these results support the proposal that maternal tendencies are related to physical feminization and that this effect may, at least in part, reflect the influence of the hormone estrogen.

Source: “Maternal tendencies in women are associated with estrogen levels and facial femininity” from Hormones and Behavior

Does what pregnant women eat affect whether they have a boy or a girl?

Is there any truth to the old saying “If momma ain’t happy, ain’t nobody happy”?

Does what your mother ate during pregnancy affect your health and how you age?