Can you identify psychopathic killers by the words they use? 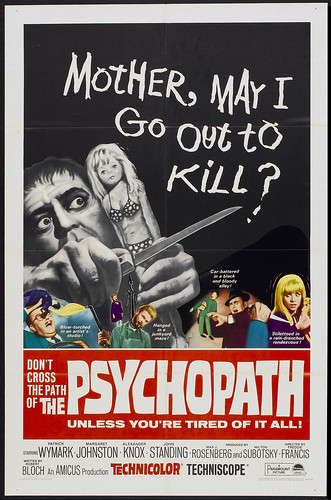 As words can be the soul’s window, scientists are learning to peer through it: Computerized text analysis shows that psychopathic killers make identifiable word choices — beyond conscious control — when talking about their crimes.

The words of psychopathic murderers match their personalities, which reflect selfishness, detachment from their crimes and emotional flatness, says Jeff Hancock, Cornell professor of computing and information science, and colleagues at the University of British Columbia in the journal Legal and Criminological Psychology.

Psychopaths used more conjunctions like “because,” “since” or “so that,” implying that the crime “had to be done” to obtain a particular goal. They used twice as many words relating to physical needs, such as food, sex or money, while non-psychopaths used more words about social needs, including family, religion and spirituality. Unveiling their predatory nature in their own description, the psychopaths often included details of what they had to eat on the day of their crime.

Past as prologue: Psychopaths were more likely to use the past tense, suggesting a detachment from their crimes, say the researchers. They tended to be less fluent in their speech, using more “ums” and “uhs.” The exact reason for this is not clear, but the researchers speculate that the psychopath is trying harder to make a positive impression, needing to use more mental effort to frame the story.

How can you avoid being the victim of violent crime?