What kind of news should you avoid in order to stay happy? 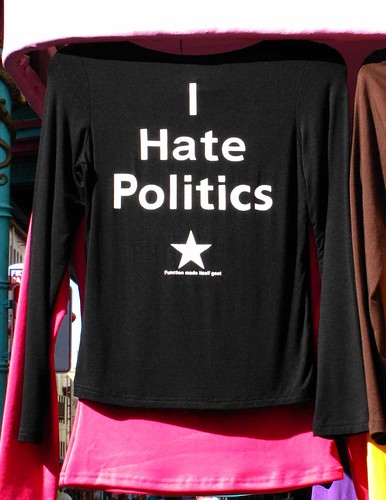 Christopher Shea at the Wall Street Journal’s Ideas Market points to a piece in The Washington Post by Suzy Khimm. She quotes “The financial crisis and the well-being of Americans” by Princeton Economist Angus Deaton:

People appear to dislike politics and politicians so much that prompting them to think about them has a very large downward effect on their assessment of their own lives. The effect of asking the political questions on well-being is only a little less than the effect of someone becoming unemployed, so that to get the same effect on average well-being, three-quarters of the population would have to lose their jobs.

What makes us happiest: work, love or leisure?