If I replaced your girlfriend with someone else, would you even notice? 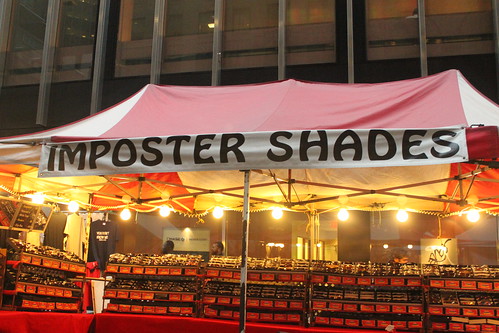 Yes, you probably would. But what about when you first saw her — the moment you were first attracted to her?

No, you wouldn’t notice if she was replaced by someone else:

A fundamental assumption of theories of decision-making is that we detect mismatches between intention and outcome, adjust our behavior in the face of error, and adapt to changing circumstances. Is this always the case? We investigated the relation between intention, choice, and introspection. Participants made choices between presented face pairs on the basis of attractiveness, while we covertly manipulated the relationship between choice and outcome that they experienced. Participants failed to notice conspicuous mismatches between their intended choice and the outcome they were presented with, while nevertheless offering introspectively derived reasons for why they chose the way they did. We call this effect choice blindness.

What’s that mean in English?

They gave guys pictures of girls and asked them to pick the one that was hotter. After the choice was made, the experimenters used sleight of hand to give the guys the photo they did NOT pick.

The guys were then asked to explain why they chose that girl. The vast majority of guys didn’t notice the switch and gave an explanation as to why the girl they didn’t select was more attractive.

So, not only didn’t they notice the trick, they also rationalized their choice immediately, confidently and unconsciously.

What can we learn from this? The act of choosing is often far more powerful than your preferences — and you rationalize more often, and more unconsciously, than you ever imagined.

Try not to snicker next time you hear the term “love at first sight.”