Does ending prices in “.99” really fool anyone? 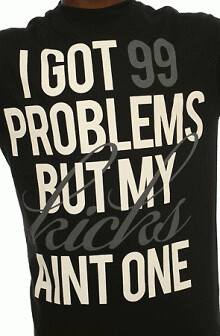 The penny may not seem like much, but people actually perceive a big difference in price and think they’re getting a bargain.

The illusion, Schindler says, isn’t the last number on the price tag. It’s the first number.

“People focus more on the left-most digit,” says Schindler, who reviewed about 100 different studies in performing his meta-analysis. “Just-below pricing certainly makes it seem like the price is less than it actually is. It gives an image of being a bargain or a discount.”

Schindler says most people won’t perceive a big difference in price between a $20 item and a $25 item. But by dropping the price of each item by one cent, “something that costs $19.99 is considered much less expensive when compared to something priced $24.99.”

But it’s actually more complex than that:

But while just-below pricing has been effective in increasing sales, Schindler has found that it can also work against retailers.

“On the other side, it can give the image that an item is of low or questionable quality,” he says.

Schindler says most people are more concerned about quality over price when buying luxury products, services, or making risky purchases.

“Retailers don’t want those items to come across as cheap,” Schindler says. “For example, if you’re going to do some work on a person’s house, you wouldn’t want your price to reflect that you might do a poor job. In that case, the customer is concerned about quality and I would suggest not using 99-cent endings. It’s better to be straightforward when selling that kind of product.”

Do the emotions related to how you received money affect how you spend that money?

Does seeing the word “sale” make you less likely to comparison shop?