Do some victims continue to have sex with the people who raped them? 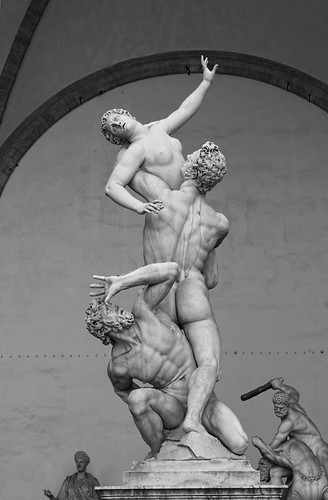 Among a sample of college students, roughly 30% of the women and 12% of the men reported having been the victim of a sexual assault sometime in their lives. Of the assault victims, approximately 23% of both sexes stated that they had sexual intercourse with their assaulters on at least one subsequent occasion. Female victims of a completed sexual assault were significantly more likely to continue being sexually active with their assailants than were female victims who managed to block the assault, while no such difference was found for male victims. This would imply that some men are using assaultive tactics to secure sex partners beyond a single sexual episode, thereby enhancing their potential reproductive success in evolutionary terms. Also, men who committed sexual assault reported having had more lifetime sex partners than did sexually experienced men with no sexual assault history. Overall, the idea that sexual assault is part of an evolved reproductive strategy is consistent with findings from this study.

Source: “Perpetrators of Sexual Assault Continuing to Have Sex With Their Victims Following the Initial Assault, Evidence for Evolved Reproductive Strategies” from International Journal of Offender Therapy and Comparative Criminology