Is being tall sexy? 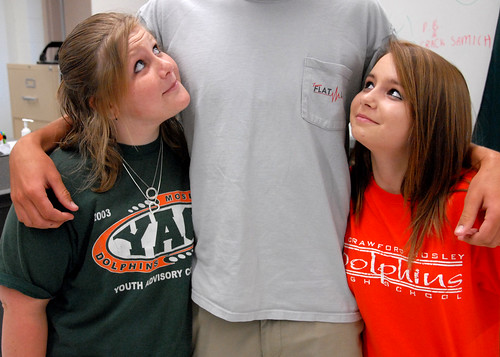 Sexual selection is a well established evolutionary process based on preferences for specific traits in one sex by members of the other sex. It is important in the evolution of morphological traits, and several sexually dimorphic traits in humans, such as facial hair and facial shape, are assumed to be the outcome of such a process. Here we demonstrate that taller men are reproductively more successful than shorter men, indicating that there is active selection for stature in male partners by women.

For women, however, height is not much of an issue and it seems that those who are shorter than average enjoy greater reproductive success:

Recent studies have shown that, in contemporary populations, tall men have greater reproductive success than shorter men. This appears to be due to their greater ability to attract mates. To our knowledge, no comparable results have yet been reported for women. This study used data from Britain’s National Child Development Study to examine the life histories of a nationally representative group of women. Height was weakly but significantly related to reproductive success. The relationship was U-shaped, with deficits at the extremes of height. This pattern was largely due to poor health among extremely tall and extremely short women. However, the maximum reproductive success was found below the mean height for women. Thus, selection appears to be sexually disruptive in this population, favouring tall men and short women. Over evolutionary time, such a situation tends to maintain sexual dimorphism. Men do not use stature as a positive mate-choice criterion as women do. It is argued that there is good evolutionary reason for this, because men are orientated towards cues of fertility, and female height, being positively related to age of sexual maturity, is not such a cue.

Statistically, two out of every 100 couples should be taller woman/shorter man. However this only occurs in reality in 1 out of every 720 relationships.

Which men and women are the least jealous?

Does the ceiling height of a room dramatically affect how you think and feel?