Can you increase your sex appeal by changing the position of your chin? 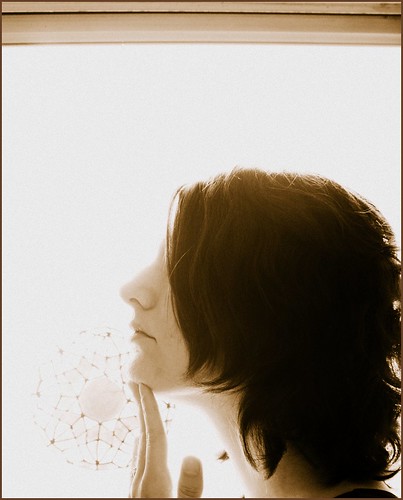 Girls, chin down. Guys, chin up.

Human faces show marked sexual shape dimorphism, and this affects their attractiveness. Humans also show marked height dimorphism, which means that men typically view womens faces from slightly above and women typically view mens faces from slightly below. We tested the idea that this perspective difference may be the evolutionary origin of the face shape dimorphism by having males and females rate the masculinity/femininity and attractiveness of male and female faces that had been manipulated in pitch (forward or backward tilt), simulating viewing the face from slightly above or below. As predicted, tilting female faces upwards decreased their perceived femininity and attractiveness, whereas tilting them downwards increased their perceived femininity and attractiveness. Male faces tilted up were judged to be more masculine, and tilted down judged to be less masculine. This suggests that sexual selection may have embodied this viewpoint difference into the actual facial proportions of men and women.