Are our phones the key to understanding human behavior? 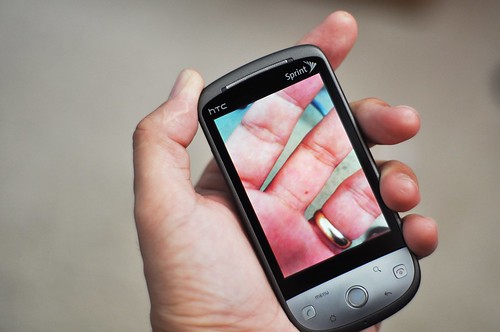 There’s a great article in the WSJ by Robert Lee Hotz about how scientists are using phone data to study our behavior — and learning more than they ever thought they could:

…at MIT, scientists who tracked student cellphones during the latest presidential election were able to deduce that two people were talking about politics, even though the researchers didn’t know the content of the conversation. By analyzing changes in movement and communication patterns, researchers could also detect flu symptoms before the students themselves realized they were getting sick.

“Phones can know,” said Dr. Pentland, director of MIT’s Human Dynamics Laboratory, who helped pioneer the research. “People can get this god’s-eye view of human behavior.”

So far, these studies only scratch the surface of human complexity. Researchers are already exploring ways that the information gleaned from mobile phones can improve public health, urban planning and marketing. At the same time, researchers believe their findings hint at basic rules of human interaction, and that poses new challenges to notions of privacy.

“We have always thought of individuals as being unpredictable,” said Johan Bollen, an expert in complex networks at Indiana University. “These regularities [in behavior] allow systems to learn much more about us as individuals than we would care for.”

Of course, companies are very interested in this data:

Cellphone providers are openly exploring other possibilities. By mining their calling records for social relationships among customers, several European telephone companies discovered that people were five times more likely to switch carriers if a friend had already switched, said Mr. Eagle, who works with the firms. The companies now selectively target people for special advertising based on friendships with people who dropped the service.

And some of the results are downright unnerving:

After analyzing more than 16 million records of call date, time and position, the researchers determined that, taken together, people’s movements appeared to follow a mathematical pattern. The scientists said that, with enough information about past movements, they could forecast someone’s future whereabouts with 93.6% accuracy.

The pattern held true whether people stayed close to home or traveled widely, and wasn’t affected by the phone user’s age or gender.