What’s the trick to a fantastic first date? 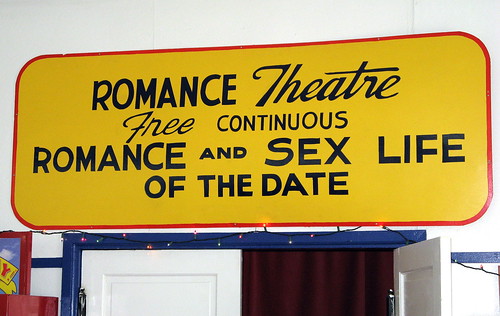 What if I told you it was “misattribution of emotions”?

If you’ve been reading this blog for a while you know that I believe context is pretty important and in many situations, it’s everything. It certainly doesn’t get the credit it’s due.

What many people don’t realize is that consistently we take the emotional state we’re in – no matter what the cause – and apply it to the impressions we make of unrelated things and events around us. MIT Behavioral Economist Dan Ariely recounts a relevant study he did:

“We did this one funny study on music,” Ariely says. The study compared how attractive audience members rated musicians before they started playing compared with at intermission.

“And what we found was that everybody got a big boost, aside from the drummer.” (Drummers did get some boost in their attractiveness ratings, but not as much as the rest of the band members.)

The music put people in a good mood and the band got better looking. See how this might apply to a first date? There’s a more pointed study of this same idea in the book Sway: The Irresistible Pull of Irrational Behavior. Men had to cross a small bridge and speak to a female research assistant who would give the guy her phone number for follow up on the study. Would the type of bridge they crossed make a difference in how likely the men were to call?

It’s not likely that the men who called had developed a sudden interest in the psychology of creative expression. More likely, they had developed an interest in the psychology assistant. But had she miraculously become prettier or more attractive when talking to the men who crossed the suspension bridge? Why were those men so much more likely to call? The answer, the researchers concluded, was based on the relative shakiness of the two bridges.

Imagine walking across a rope bridge suspended hundreds of feet above a canyon. With each step, the bridge feels flimsier and less stable. You hold your breath; your heart rate increases; beads of sweat appear on your forehead. Physiologically speaking, the adrenaline rush you experience in such a situation is the same feeling of excitement you experience when you develop a crush on someone.

When the men who crossed the wooden bridge saw the research assistant, most of them looked at her and saw just that, a studious research assistant. But for the men who crossed the rope bridge, anxiety and adrenaline translated into a heightened romantic interest in the assistant. Their physiological reactions affected their perceptions. …The bridge’s ability to enhance the men’s romantic attraction earned it the moniker “the love bridge” within the psychological community.

And then there’s a third study that shows generalized central nervous system arousal = sexual arousal. I actually posted this one the blog a while back asking if rollercoasters and Red Bull might make for an excellent first date combo:

Heightened states of generalized CNS arousal are proposed here to facilitate sexual arousal in both males and females. Genetic, pharmacologic and biophysical mechanisms by which this happens are reviewed. Moreover, stimulation of the genital epithelia, as triggers of sex behavior, is hypothesized to lead to a greater generalized arousal in a manner that intensifies sexual motivation. Finally, launched from histochemical studies intended to characterize cells in the genital epithelium, a surprising idea is proposed that links density of innervation with the efficiency of wound healing and with the capacity of that epithelium to stimulate generalized CNS arousal. Thus, bidirectional arousal-related mechanisms that foster sexual behaviors are envisioned as follows: from specific to generalized (as with genital stimulation) and from generalized to specific.

And if you’re going on a coffee date tonight just remember: the coffee is probably a good idea but Six Flags would be a better place to drink it.

Dan Ariely’s books are Predictably Irrational and The Upside of Irrationality: The Unexpected Benefits of Defying Logic.