What’s the best way to brag? 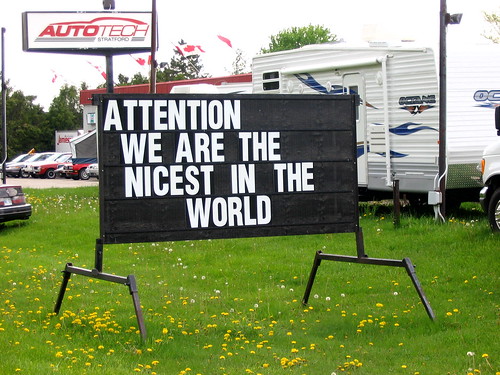 It’s all about context. Bragging shouldn’t come out of the blue, it should be in response to a relevant question:

Two studies examined the impression formed of self-promoters who actively work on creating the right context for their boasts. According to previous research, self-promotion in response to a question is perceived more positively. The current research claims that people commonly encourage their interactants to ask them a question pertaining to their success, and investigates the resulting impressions created. In Study 1 speakers were perceived more negatively when they raised the issue relevant to their self-promotion only when their interactant did not ask them a question concerning their success. Study 2 provided evidence regarding the cognitive process underlying the perception of the self-promoter. The results are discussed in terms of the correspondence bias, the mindlessness hypothesis, and models of reconstructive memory.

Source: “Bragging in the right context: Impressions formed of self-promoters who create a context for their boasts” from Social Influence, Volume 5, Issue 1, 2010

Hat tip: Christian Jarrett at BPS Research Digest. He does a great job of breaking down the results:

The crux of it: context is everything when it comes to boasting. If Avi’s friend raised the topic of the exams, Avi received favourable ratings in terms of his boastfulness and likeability, regardless of whether he was actually asked what grade he got. By contrast, if Avi raised the topic of the exams, but failed to provoke a question, then his likeability suffered and he was seen as more of a boaster. In other words, to pull off a successful boast, you need it to be appropriate to the conversation. If your friend, colleague, or date raises the topic, you can go ahead and pull a relevant boast in safety. Alternatively, if you’re forced to turn the conversation onto the required topic then you must succeed in provoking a question from your conversation partner. If there’s no question and you raised the topic then any boast you make will leave you looking like a big-head.

Christian Jarrett’s new book is The Rough Guide to Psychology.