What’s a trick to help you buy healthier food at the supermarket? 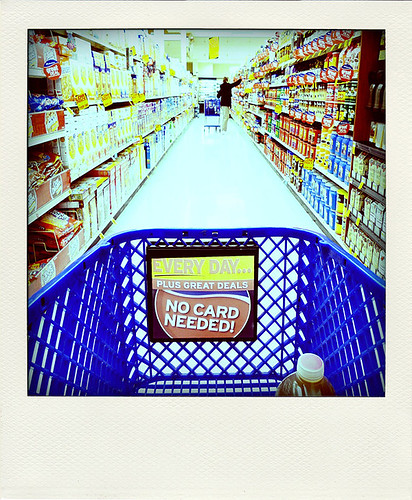 Use a cart, not a basket:

Researchers report the simple action of flexing one’s arm — which one does to pick up a basket — increases the likelihood of making impulse purchases we’ll later regret.

“Simply flexing one’s arm leads to a preference for vices over virtues, and for smaller, earlier rewards over larger, later monetary rewards,” a research team led by Bram Van den Bergh of Erasmus University in the Netherlands reports in the Journal of Marketing Research. It appears this routine body movement induces an “I-want-this-now” impulse, weakening our ability to think long term.

The act of flexing our arm to bring something appealing closer to us morphs into an unconscious belief that an object we are drawing close to us must be desirable.