Should everyone be required to learn a musical instrument? 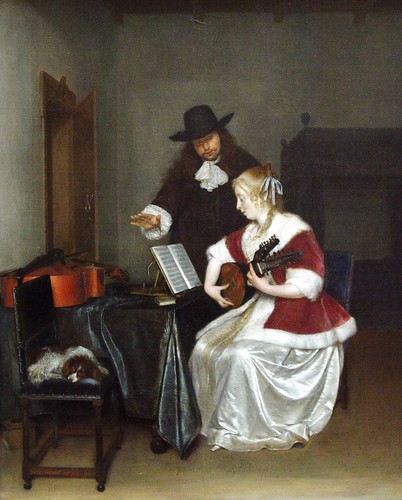 I’m sure it sounds strange: a fascist rule that makes people learn to create music. I’m not a hippie, nor am I Amy Chua. I’ve got evidence:

A simple cost-benefit framework is used to estimate substantive social benefits associated with a universal music training program in Venezuela (B/C ratio of 1.68). Those social benefits accrue from both reduced school drop-out and  declining community victimization.  This evidence of important social benefits adds to the abundant evidence of individual gains reported by the developmental psychology literature.

Source: Music to My Ears: The (Many) Socio-Economic Benefits of Music Training Programs” from Inter-American Development Bank, Research Department

Fine, it can benefit society in the broad strokes, but you still may not want to sign up for bassoon lessons. Well it looks like music’s benefits to the individual are even greater. You can read the highlights from the following abstract or you can just read the title — “Music lessons enhance IQ“:

The idea that music makes you smarter has received considerable attention from scholars and the media. The present report is the first to test this hypothesis directly with random assignment of a large sample of children (N = 144) to two different types of music lessons (keyboard or voice) or to control groups that received drama lessons or no lessons. IQ was measured before and after the lessons. Compared with children in the control groups, children in the music groups exhibited greater increases in full-scale IQ. The effect was relatively small, but it generalized across IQ subtests, index scores, and a standardized measure of academic achievement. Unexpectedly, children in the drama group exhibited substantial pre- to post-test improvements in adaptive social behavior that were not evident in the music groups.

And what’s the final result?

New research shows that musicians’ brains are highly developed in a way that makes the musicians alert, interested in learning, disposed to see the whole picture, calm, and playful. The same traits have previously been found among world-class athletes, top-level managers, and individuals who practice transcendental meditation.

“Musical activity throughout life may serve as a challenging cognitive exercise, making your brain fitter and more capable of accommodating the challenges of aging,” said lead researcher Hanna-Pladdy. “Since studying an instrument requires years of practice and learning, it may create alternate connections in the brain that could compensate for cognitive declines as we get older.”

Can I explain all the studies’ nuances and methodologies? No. But there’s something here worth looking into.

Might be time to turn off the iPod and pick up a guitar.