Is there an easy way to help you follow through on your goals? 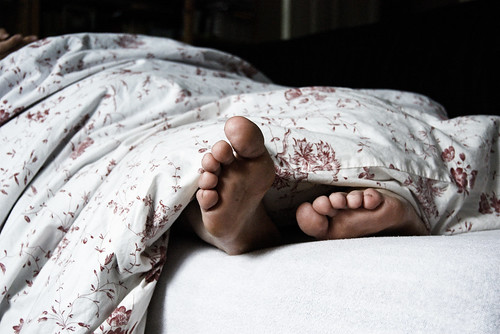 Remembering to execute deferred goals (prospective memory) is a ubiquitous memory challenge, and one that is often not successfully accomplished. Could sleeping after goal encoding promote later execution? We evaluated this possibility by instructing participants to execute a prospective memory goal after a short delay (20 min), a 12-hr wake delay, or a 12-hr sleep delay. Goal execution declined after the 12-hr wake delay relative to the short delay. In contrast, goal execution was relatively preserved after the 12-hr sleep delay relative to the short delay. The sleep-enhanced goal execution was not accompanied by a decline in performance of an ongoing task in which the prospective memory goal was embedded, which suggests that the effect was not a consequence of attentional resources being reallocated from the ongoing task to the prospective memory goal. Our results suggest that consolidation processes active during sleep increase the probability that a goal will be spontaneously retrieved and executed.

Source: “Remembering to Execute a Goal, Sleep on It!” from Psychological Science, May 2010

This isn’t going to make you richer, thinner and better organized by tomorrow. What I think it does do is expose some of the unconscious processes that are very important to being in the right state of mind to get things done.

I don’t think I know a single adult who gets enough sleep most nights of the week. I recently posted about how little sleep you can get away with and the answer from the New York Times was the vast majority of us do need eight hours a night and we’re fooling ourselves about needing less:

Still, while it’s tempting to believe we can train ourselves to be among the five-hour group — we can’t, Dinges says — or that we are naturally those five-hour sleepers, consider a key finding from Van Dongen and Dinges’s study: after just a few days, the four- and six-hour group reported that, yes, they were slightly sleepy. But they insisted they had adjusted to their new state. Even 14 days into the study, they said sleepiness was not affecting them. In fact, their performance had tanked. In other words, the sleep-deprived among us are lousy judges of our own sleep needs. We are not nearly as sharp as we think we are.

Here’s why you need to make sure you get the full eight tonight: