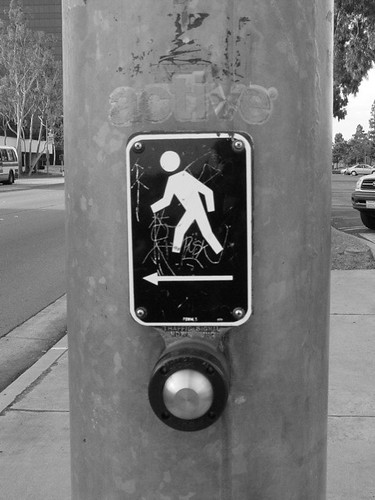 The scientists found the highest levels of political participation in countries where citizens are the most physically active, and vice versa. And what’s more, this connection was independent of citizens’ interest in politics or their economic productivity.

What about within the US?

There were clear regional differences in lifestyle, with Westerners by far the most physically active, and Southerners near the bottom. As reported online in the journal Psychological Science, Colorado, Alaska and Oregon topped the activity chart, and the couch potato honors went to Mississippi, West Virginia and Tennessee. And again these activity levels were clearly linked to levels of political engagement.

Correlation, you say, not causation! A third experiment was performed:

They unconsciously primed some volunteers with action words, like go and move, and others with neutral words or passive words like sit. Then all the volunteers answered three questions about the (then upcoming) election of 2008: Will you vote? Will you try to influence the votes of others? Will you work on a campaign?

The findings were unambiguous. Those who had been primed for action and movement had very different intentions than those who were not. They were more likely to vote and to be actively involved in the 2008 campaign in some way.