Could forgiveness be the cure to procrastination? 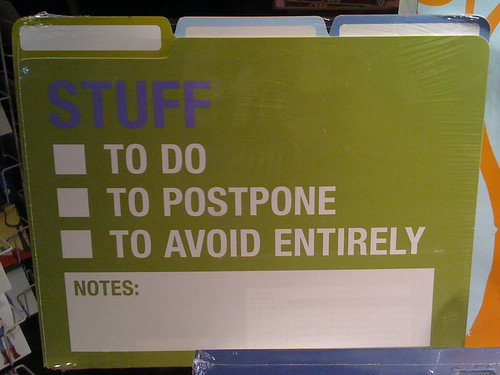 The key finding was that students who’d forgiven themselves for their initial bout of procrastination subsequently showed less negative affect in the intermediate period between exams and were less likely to procrastinate before the second round of exams. Crucially, self-forgiveness wasn’t related to performance in the first set of exams but it did predict better performance in the second set.

‘Forgiveness allows the individual to move past maladaptive behaviour and focus on the upcoming examination without the burden of past acts to hinder studying,’ the researchers said. ‘By realising that procrastination was a transgression against the self and letting go of negative affect associated with the transgression via self-forgiveness, the student is able to constructively approach studying for the next exam.’

Source is the excellent Christian Jarrett at BPS Research Digest. His new book is The Rough Guide to Psychology.

How to beat procrastination quickly

How to reduce procrastination

Is there a way to reduce procrastination in the workplace?