Can I tell how hard your childhood was by looking at your face? 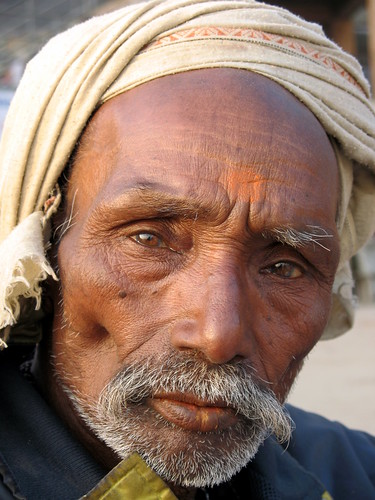 The faces of the elderly who grew up poor are less symmetrical than those from a higher socioeconomic status:

The association of socioeconomic status (SES) with a range of lifecourse outcomes is robust, but the causes of these associations are not well understood. Research on the developmental origins of health and disease has led to the hypothesis that early developmental disturbance might permanently affect the lifecourse, accounting for some of the burden of chronic diseases such as coronary heart disease. Here we assessed developmental disturbance using bodily and facial symmetry and examined its association with socioeconomic status (SES) in childhood, and attained status at midlife. Symmetry was measured at ages 83 (facial symmetry) and 87 (bodily symmetry) in a sample of 292 individuals from the Lothian Birth Cohort 1921 (LBC1921). Structural equation models indicated that poorer SES during early development was significantly associated with lower facial symmetry (standardized path coefficient -.25, p = .03). By contrast, midlife SES was not significantly associated with symmetry. The relationship was stronger in men (-.44, p = .03) than in women (-.12, p = .37), and the effect sizes were significantly different in magnitude (p = .004). These findings suggest that SES in early life (but not later in life) is associated with developmental disturbances. Facial symmetry appears to provide an effective record of early perturbations, whereas bodily symmetry seems relatively imperturbable. As bodily and facial symmetries were sensitive to different influences, they should not be treated as interchangeable. However, markers of childhood disturbance remain many decades later, suggesting that early development may account in part for associations between SES and health through the lifecourse. Future research should clarify which elements of the environment cause these perturbations.

What’s even more interesting is how often we’re right about what we surmise from quick judgments about people’s faces. I’ve written about this in Wired Magazine; we’re right more often than not when evaluating people’s conscientiousness, extraversion and trustworthiness based only on a glance at their mug.

A look at someone’s face can also give you clues on many many other things such as how orgasmic a woman is and whether a CEO will lead a company to success.