A smart trick for increasing your self-control: 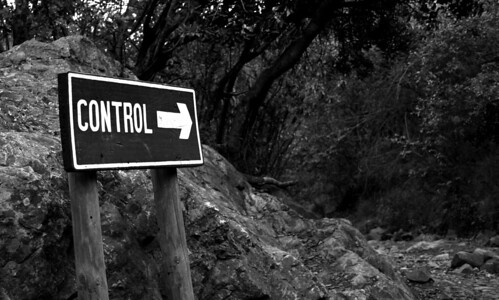 If you don’t want to eat that whole bag of chips or spend all that money, put the amount into a number of smaller packages:

However, when the moviegoer… is ﬁshing at the end of the bag and have no more popcorn or chips left, they have to make an active decision: “should I open the next bag and continue consuming”? This triggers off a cognitive process and kicks the individual back into a deliberative mode. And if this individual is a sophisticate, they are likely to stop consuming. Partitioning works in curtailing consumption because it creates a larger number of decision points for the individual. Finishing each small bag of popcorn presents a decision point and therefore an opportunity for the individual to reassess the need to consumer further.

A decision point can be deﬁned as any intervention that is designed to get an individual to pause and think about the consumption they are currently engaged in. Following are three broad methods for creating decision points. In many cases, these methods can be combined to create powerful interventions:

1. Inserting transaction costs (which works on the premise that requiring the individual to take a positive action makes them deliberate on the consumption decision);

2. Providing reminders or information (which works on the premise that drawing attention to a neglected activity can provide the impetus to get it done with); and

3. Creating interruptions to the consumption activity (which works on the premise that the interruption allows the individual to pause and think).

One easy method of creating a decision point is to partition the quantity of resources to be consumed into smaller units, such that there is a very small transaction cost that needs to be incurred before consumption can continue. While the transaction cost itself need not be very high, it works because it creates an interruption and provides an opportunity for the sophisticate to move to a deliberative mode and make a decision to stop consuming.

In a series of experiments, we found support for the constraining effects of partitions. In one study, we compared users of international long distance calling cards who had ordered a $50 card, but received it in the form of either one $50 card or ﬁve $10 cards. Given that the buyers had randomly received one of these two options, we did not expect any differences in the calling patterns. However, we found signiﬁcant differences in consumption patterns. First, we found that on average, people who had received a $50 card took 5.7 weeks to consume it fully, while those who had received ﬁve $10 cards stretched their usage over 10 weeks. Second, we noticed that the typical consumption pattern was such that people who had ﬁve cards tended to use each card over two weeks. A decision point is any intervention that is designed to get an individual to pause and think about the consumption they are engaging in.