Why do our leaders lie? 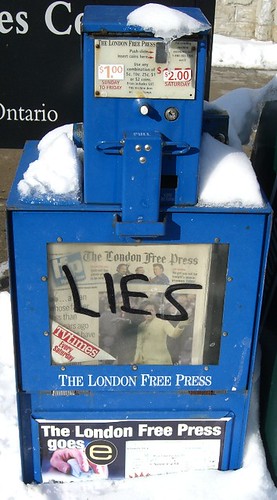 Mearsheimer found that if a leader lies to sell a policy that works, people are unlikely to care all that much. If the policy turns out to be a dog, though, they’ll be furious, shocked at the deception. But in no time, they’ll implicitly trust the government anew. “There’s no question that once a president lies, people are then quite jaded in how they look at that president,” he says. “But that quickly wears off. Trust reasserts itself. And then people are vulnerable all over again.”

Mearsheimer spoke to Ideas from his office in Chicago.

IDEAS: Over the course of human history, governments have always lied to their people. Why are we such suckers?

IDEAS: Because the alternative leaves you with the sense that you’re floating in this void.

IDEAS: So the public will abide a lie so long as the policy works?

Full interview is here. Mearsheimer’s book is Why Leaders Lie: The Truth About Lying in International Politics.

5 keys to being a better leader

How can you become the leader of a group even when you don’t know what you’re talking about?

What three things can we learn about strategy from the greatest generals of history?