Which children lie more? Are we able to detect children’s lies? 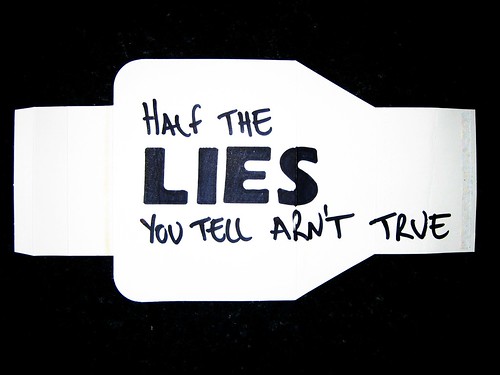 Talwar has run hundreds of people through this test, and on the whole, their results are no better than chance. People simply cannot tell when kids are lying. Their scores also tend to reveal some biases. They believe girls are telling the truth more than boys, when in fact boys do not lie more often. They believe younger kids are more prone to lying, whereas the opposite is true. And they believe introverts are less trustworthy, when introverts actually lie less often, lacking the social skills to pull off a lie.
…the parent’s first defense against his child’s tendency to lie is, “Well, I can tell when they’re lying.” Talwar’s proven that to be a myth… She videotapes these, too, and when she shows those videotapes to the child’s own parent—and asks, “Is your child telling the truth?”—the parents score only slightly better than chance. They don’t take it well, either. When Renaud’s on the telephone with parents to schedule the experiments, “They all believe that their kids aren’t going to lie.” Talwar explained that a number of parents come to her lab really wanting to use their kids’ performance to prove to a verified expert what a terrific parent they are. The truth bias is a painful one to overcome.
The first thing they’ve learned is that children learn to lie much earlier than we presumed. In Talwar’s peeking game, only a third of the three-year-olds will peek, and when asked if they peeked, most of them will admit it. But over 80% of the four-year-olds peek. Of those, over 80% will lie when asked, asserting they haven’t peeked. By their fourth birthday, almost all kids will start experimenting with lying. Children with older siblings seem to learn it slightly earlier.
The better a young child can distinguish a lie from the truth, the more likely she is to lie given the chance.
This is from the very interesting book NurtureShock: New Thinking About Children. Highly recommended.
You should follow me on Facebook here. I’ve started posting extra content on that page. Don’t miss out; go here and hit the “Like” button.

How much do people lie in online dating profiles?

Can you tell if someone is lying by their handwriting?

Are attractive people more trusting when they think they can be seen?

What can you do to someone to make their lies easier to detect?