Should you wear red if you’re an athlete? 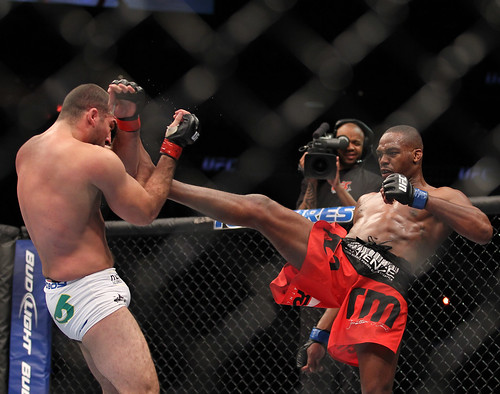 I’ve posted before about whether the color red has magic powers. Of course, I don’t really believe it has magic powers but it does seem to have interesting effects in a number of areas, including sports.

Why is this? We’re not sure. Perhaps this is the reason:

A new study, published in the latest issue of the journal Emotion, finds that when humans see red, their reactions become both faster and more forceful. And people are unaware of the color’s intensifying effect.

…we propose that the perception of colors triggers a psychological effect in referees that can lead to bias in evaluating identical performances. Referees and umpires exert a major inﬂuence on the outcome of sports competitions (Plessner & Haar, 2006). Athletes frequently make very rapid movements, and referees have to view sports competitions from a very disadvantageous perspective, so it is extremely difﬁcult for them to make objective judgments (Oudejans et al., 2000). As a result, their judgments may show biases like those found in other social judgments (Frank & Gilovich, 1988; Plessner & Haar, 2006; Ste-Marie & Valiquette, 1996). Therefore, we believe that it is the referees who are the actual cause of the advantage competitors have when they wear red. Because the effect of red clothing on performance and on the decisions of referees may well have been confounded in the original data, we conducted a new experiment and found that referees assign more points to tae kwon do competitors dressed in red than to those dressed in blue, even when the performance of the competitors is identical.

Source: “When the Referee Sees Red…”