Is there an easy way to increase your pain tolerance? 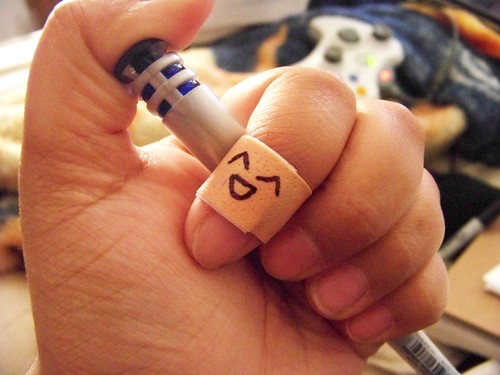 Recent research (Carney, Cuddy & Yap, 2010) has shown that adopting a powerful pose changes people’s hormonal levels and increases their propensity to take risks in the same ways that possessing actual power does. In the current research, we explore whether adopting physical postures associated with power, or simply interacting with others who adopt these postures, can similarly influence sensitivity to pain. We conducted two experiments. In Experiment 1, participants who adopted dominant poses displayed higher pain thresholds than those who adopted submissive or neutral poses. These findings were not explained by semantic priming. In Experiment 2, we manipulated power poses via an interpersonal interaction and found that power posing engendered a complementary (Tiedens & Fragale, 2003) embodied power experience in interaction partners. Participants who interacted with a submissive confederate displayed higher pain thresholds and greater handgrip strength than participants who interacted with a dominant confederate.

Source: “It hurts when i do this (or you do that): Posture and pain tolerance” from Journal of Experimental Social Psychology