Is there a way to make yourself more attractive to the opposite sex without changing anything about yourself at all? 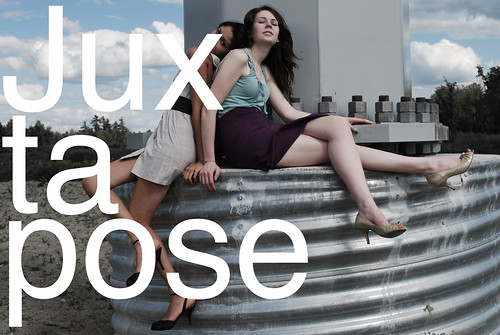 This is from Wray Herbert’s On Second Thought: Outsmarting Your Mind’s Hard-Wired Habits which covers a lot of interesting studies on our mind’s biases:

Consider this hypothetical from psychologist Constantine Sedikides of the University of Southampton, England: Lori is a young woman who is being courted by two young men, Antawn and Serge. Antawn is a knockout, one of the best-looking men she knows, but he’s not the sharpest knife in the drawer. Serge is pretty average-looking, but he’s known for his clever wit. For Lori, this is a classic case of comparing apples and oranges. A pretty face or intelligence? She really wants both, but she can’t have both. She’s torn, but she must choose.

Enter Trajan. Trajan is also very good-looking, though he’s no Antawn. He is, however, about as clever as Antawn, which is to say not very clever at all. So Trajan doesn’t make the cut; that’s a no-brainer for Lori. But that doesn’t mean Trajan hasn’t shaped her thinking. He’s a cognitive decoy, and in fact his mere presence in the mix will tilt Lori toward Antawn and away from Serge—as unfair as that is to the witty Serge.

At least that’s the theory, which Sedikides and his colleagues decided to put to the test. They created a whole variety of dating possibilities like this one, but with many more traits for consideration: In addition to physical attractiveness and intelligence, the potential dates varied on honesty, sense of humor, and dependability. In other words, the dilemma was more like real life, where each of us has a mix of positives and negatives.
They recruited a large group of college students to participate in a study. Most were young women in their early twenties, so they probably had dating on their minds, though most were unattached at the time of the study. The psychologists created a number of triangles like the Lori-Antawn-Serge triangle, with the volunteers playing Lori. That is, each volunteer had to decide if being funny trumped being reliable, or whether honesty trumped good looks, and so forth.

Then they complicated matters by introducing decoys. Like Trajan, the decoys were clearly inferior, but they varied in how similar or dissimilar they were to the others on the mix of traits. One might be slightly less trustworthy, another funny but not a laugh riot, and so forth. As predicted, the decoys swayed the choices of most volunteers, tugging them toward the one the decoy most resembled. In other words, they had an irrational attraction to one dating partner or the other, based only on the false comparison to some guy they would never consider dating.

Now what’s the best way to use the scenario to your advantage? Dan Ariely performed a similar study (with similar results) and in his very interesting book Predictably Irrational he gives us an interesting application of the principle:

What if you are single, and hope to appeal to as many attractive potential dating partners as possible at an upcoming singles event? My advice would be to bring a friend who has your basic physical characteristics (similar coloring, body type, facial features), but is slightly less attractive than you.