Is our level of happiness pretty much constant throughout our lives? 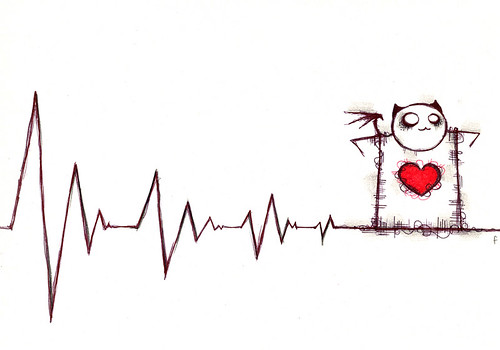 One might reasonably conclude, therefore, that changes in life circumstances would not have long-term effects on our happiness. This indeed has been the dominant model of subjective well-being: People adapt to major life events, both positive and negative, and our happiness pretty much stays constant through our lives, even if it is occasionally perturbed. Winning the lottery won’t make you happier in the long run (goes the theory), and while a divorce or even a major illness will throw your life into upheaval for a while, your happiness level will eventually return to where it was at before — that is, its set point.

But new research, and reexamination of old research, is challenging some of the claims of set-point theory.

In the article “Adaptation and the Set-Point Model of Subjective Well-Being” in the April issue of Current Directions in Psychological Science, Richard E. Lucas (Michigan State University and German Institute for Economic Research, Berlin) reviews some recent studies suggesting that adaptation to changing life circumstances only goes so far. “Happiness levels do change, adaptation is not inevitable, and life events do matter,” Lucas asserts.

To study adaptation, Lucas and his colleagues used data from two large national prospective panel studies — one in Germany and the other in Great Britain. Unlike most previous studies of adaptation, these data were able to capture levels of life satisfaction both prior to and after major life events like marriage, divorce, unemployment, and illness or disability.

Lucas found that not all of life’s slings and arrows are created equal. On average, most people adapt quickly to marriage, for example — within just a couple of years, the peak in subjective well-being experienced around the time of getting married returns to its previous levels. People mostly adapt to the sorrows of losing a spouse too, but this takes longer — about 7 years. People who get divorced, however, do not, on average, return to the level of happiness they were at previously. The same is true of people who become unemployed: They do not fully bounce back, even after getting a new job.

Lucas also found that illness and injury have a strong negative effect on life satisfaction. That may not seem surprising, but it actually challenges a famous 1978 study that served as a pillar of set-point theory. That study, which examined the happiness levels of lottery winners and spinal-cord injury patients, found that lottery winners were not significantly happier than a control group and that spinal-cord injury patients were above neutral on the happiness scale. What got overlooked was that those with spinal-cord injuries were still significantly less happy than people in the control group (or lottery winners). Numerous more recent studies have confirmed that major illnesses and injury result in significant, lasting decreases in subjective well-being.