How do political conventions affect the local prostitution market? 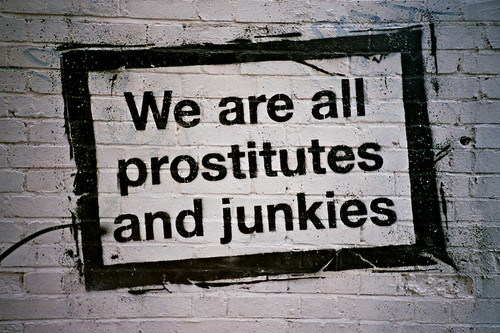 Approximately 100,000 visitors came to Denver, Colorado and Minneapolis, Minnesota to attend the 2008 Democratic and Republican National Conventions. Economic theory suggests that men in transit can shift demand for commercial sex work. We estimate the responsiveness of labor supply to these two conventions, focusing on a previously neglected but increasingly important segment of the prostitution market: indoor sex workers who advertise on the Internet. Using a differences-in-differences estimator of prostitution advertisements posted on a major classified ads website, we find that the conventions caused a 29-44 percent increase in advertisements in Minneapolis and a 47-77 percent increase in Denver. Given the key role prostitution plays in the transmission of STIs, these results imply that focusing public health resources on men in transit may be beneficial.

Why do high-end prostitutes make so much money? (And, no, it’s not an obvious answer):

Do prostitutes enjoy sex with their clients?