How can you make healthy food more satisfying? 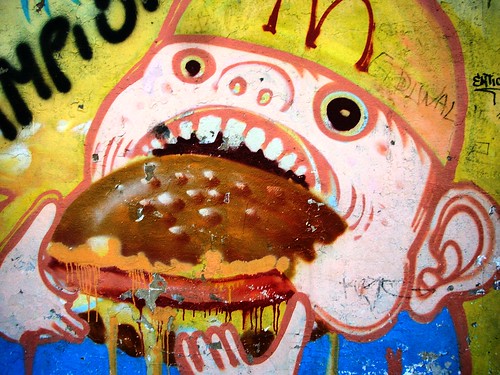 Objective: To test whether physiological satiation as measured by the gut peptide ghrelin may vary depending on the mindset in which one approaches consumption of food. Methods: On 2 separate occasions, participants (n = 46) consumed a 380-calorie milkshake under the pretense that it was either a 620-calorie “indulgent” shake or a 140-calorie “sensible” shake. Ghrelin was measured via intravenous blood samples at 3 time points: baseline (20 min), anticipatory (60 min), and postconsumption (90 min). During the first interval (between 20 and 60 min) participants were asked to view and rate the (misleading) label of the shake. During the second interval (between 60 and 90 min) participants were asked to drink and rate the milkshake. Results: The mindset of indulgence produced a dramatically steeper decline in ghrelin after consuming the shake, whereas the mindset of sensibility produced a relatively flat ghrelin response. Participants’ satiety was consistent with what they believed they were consuming rather than the actual nutritional value of what they consumed. Conclusions: The effect of food consumption on ghrelin may be psychologically mediated, and mindset meaningfully affects physiological responses to food.

Source: “Mind over milkshakes: Mindsets, not just nutrients, determine ghrelin response.” from Health Psychol. 2011 May 16.
You should follow me on Facebook here. I’ve started posting extra content on that page. Don’t miss out; go here and hit the “Like” button.