Does your mind play tricks on you when it comes to food? 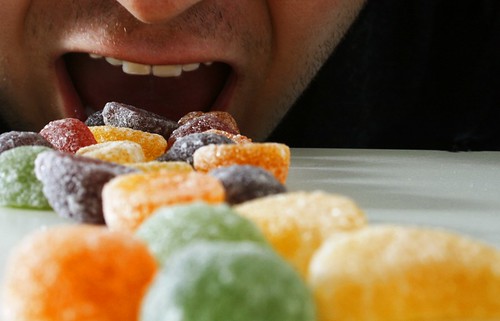 In an extended interview he covers a number of the ways context and bias surreptitiously affect our eating decisions:

When we served them the North Dakota wine, it poisoned the entire meal. They didn’t rate the food as good, they left 10 minutes earlier, and they didn’t make reservations to come back. That’s great news you can use if you have people for dinner parties. I find that if I’m running out of time, I will make sure that the first thing they eat is the best thing I’m cooking, because it has a halo on everything you eat. It’s so powerful.

We did a study where we gave people a really good brownie on a napkin, a paper plate, or a really nice piece of Wedgwood china. And we asked what they thought of the brownie.

The idea is that you count with your eyes, not your stomach. We did a similar study in Atlanta. We brought people into an all-you-can-eat buffalo wings restaurant.

We randomly assigned them to tables where the bones left from the eaten wings were either bussed or just kept building up on the table so you could see how much you’d taken.

We found that if the wings were taken away, people ate around 28 percent more. When the bones were gone, there was no visual evidence that they were there to begin with.

We can also use some of his research to help us:

So we put candies either on their desks or six feet from their desks in either a clear or an opaque bowl, and every day we refilled the candy dishes. And we found that a typical secretary on a typical day would eat about nine Hershey’s Kisses–which is about 225 calories–if they were sitting on her desk.

But if we moved the candy dish six feet away, they ate only four candies–or about 125 fewer calories a day. Over the course of a year, that would translate into 11 to 12 pounds of extra weight they would gain by having the candy on the desk instead of six feet away.

We asked the secretaries if six feet was just too far to walk, but they said, “No, it’s just that the six feet gave me pause to think, ‘Am I really that hungry?'” And half the time, they said no.

Seeing the candies also made a difference. Secretaries who got a clear bowl averaged two more candies per day than those who got an opaque bowl.

The good news is that for every external cue that messes people up in our studies, you can solve the problem by doing the opposite. If going from a 10-inch to a 12-inch plate causes you to eat 22 percent more, use a 10-inch or 91/2-inch plate.

The solution is to make sure that the first thing you see–the thing that’s front and center–is healthier than that chocolate-covered foie gras.

You should check out his very interesting book Mindless Eating: Why We Eat More Than We Think.