Can you tell whether a woman is interested in a man by watching her feet? 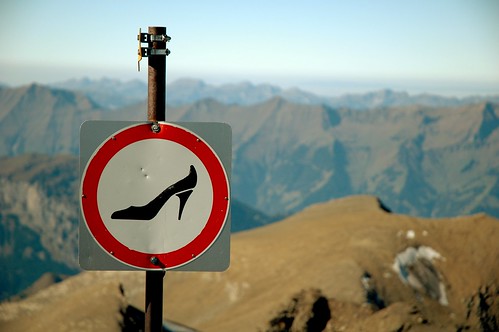 If a woman moves her feet away from her body while giggling, to adopt a more open-legged stance, then she is attracted to you.

But if her legs are crossed or tucked under her body, then the suitor’s advances are likely to end in disaster.

Women will be disappointed to learn that the rules do not apply to men, who reveal nothing about sexual attraction through their feet, the research discovered.

However, unfaithful men should remain on their toes – women can tell a liar by spotting a man who keeps his feet unnaturally still.

The findings were made by Professor Geoff Beattie, one of Britain’s leading psychologists, who examined how people move their feet in response to different situations.

Prof Beattie, who is Dean of psychological sciences at the University of Manchester, said: “Whilst people might know what their facial expression or hands might be imparting, they will often have no idea whether their feet are moving or the messages their feet are sending out.

“If a woman’s feet move when she laughs, it is one of the most powerful signals that she likes you.

If a man is nervous, he will show his feelings by increasing his foot movement. Women however, do the opposite, and keep their feet still.

Alpha males and females have a low level of leg and foot movement because they like to dominate and control the conversation and the same goes for their body.