Are men or women more likely to have sexual relationships with co-workers? 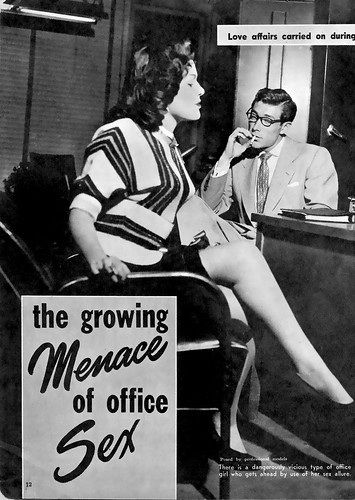 So while about 31% of men and women have had sexual relationships with people they met in the workplace they seem to be making different partner choices.

Again, older workers seem to have more liberal experiences, with 35% of workers in the 35 to 49 age range having sex with someone they met at work, and managers appear to have work-related sexual relationships more frequently (34%) than non-managerial workers (31%).The vast majority of these relationships have not lasted, especially for older workers. For workers who are over 50, 77% of those sexual relationships have ended. Younger people appear to have had more luck with 58% of people in the 18-24 age group reporting that they are still in their relationship. But perhaps that is just because they have been in the workplace such a short period of time the relationships are still new.