Which US states are happiest? Unhappiest? 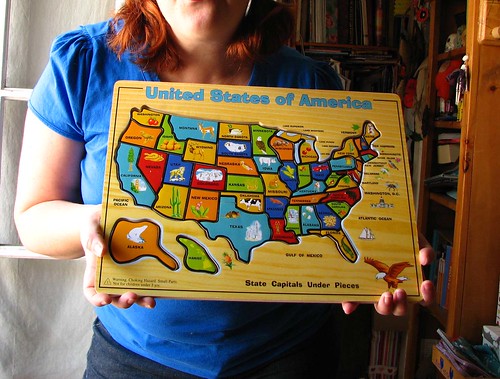 This paper uses new Behavioral Risk Factor Surveillance System data to provide the first estimates of well-being across the states of America. From this sample of 1.3 million US citizens, we analyze measures of life satisfaction and mental health. Adjusting for people’s characteristics, states such as Louisiana and DC have high psychological well-being levels while California and West Virginia have low well-being; there is no correlation between states’ well-being and their GDP per capita. Correcting for people’s incomes, satisfaction with life is lowest in the rich states. We discuss implications for the arbitrage theory that regions provide equal utility and compensating differentials.

Source: “Well-being across America” from IZA Discussion Paper No. 4600 November 2009

Peeking inside the paper:

Table 4 moves to regressions showing the state-by-state pattern in the number of days of poor mental health. The stand-out case in column 4 of Table 4 is California, with the worst mental health across the US states (a coefficient of 0.599). The best mental health, i.e. states with the fewest number of poor mental health days, is found in Iowa, Louisiana, Nebraska, the two Dakotas, and Tennessee. Another method is to examine which states are found in the lowest (and highest) quartiles on both measures, namely, on the life-satisfaction scores and the mental-distress-days scores. Doing so yields the follow list of states in the lowest quartile of well-being on both measures: California, Kentucky, Michigan, Ohio, West Virginia, and Missouri. The states in the highest quartile of well-being on both measures: Louisiana, D.C., Alaska, Tennessee, and Colorado.

For more on increasing happiness, check out Gretchen Rubin’s The Happiness Project or Harvard professor Daniel Gilbert’s Stumbling on Happiness.