Which people are best at objectively measuring their own attractiveness? 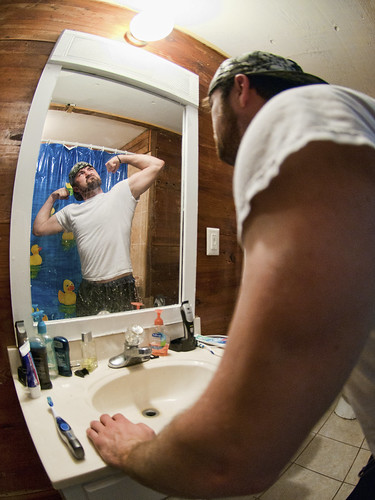 Knowing one’s mate value (mate value accuracy) is an important psychological mechanism that ultimately fosters reproductive success. Here, we investigated interindividual differences in this ability within a real-life speed-dating context. A total of 190 men and 192 women filled out a personality questionnaire and participated in speeddating sessions. Immediately after each date, choices and expected choices were recorded. In line with evolutionarily informed hypotheses, sociosexually unrestricted men and more agreeable women showed greater mate value accuracy. Results have important implications for understanding mating behavior and the origin of sex differences in personality.

Source: “Knowing your own mate value: Sex-specific personality effects on the accuracy of expected mate choices” from Psychological Science

APA breaks it down further:

Back thinks men who are inclined toward casual sex are displaying behavior that’s very stereotypically associated with their sex; this may in turn evoke more typical behavior in the woman they’re talking to, which could make them more accurate at predicting whether the woman will be interested. Women who are agreeable, on the other hand, might make men more comfortable and more willing to flirt—which could make it easier to judge whether the man will want to meet them again.