Do people select marriage partners on the basis of politics? 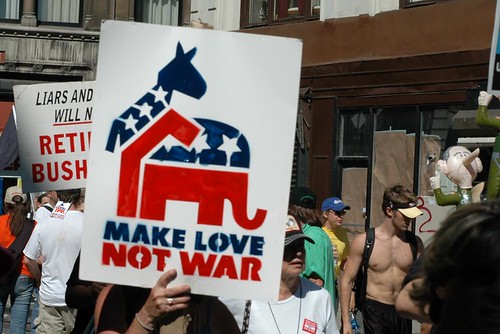 In an article to be published in the Journal of Politics, researchers examined physical and behavioral traits in thousands of spouse pairs in the United States. They found that political attitudes were among the strongest shared traits – stronger, even, than qualities like personality or looks.

That’s because spouses in the study appeared to be “sorting” on the basis of politics – instinctively selecting a partner who happened to have similar social and political views. People “placed more emphasis on finding a mate who is a kindred spirit with regard to politics, religion and social activity than they (did) on locating similar mates in terms of physique or personality,” according to the article.

Meanwhile, researchers found little support for the notion that partners tended to adapt to one another’s political beliefs over time, a discovery that could have implications on partisan politics for generations to come.

Can being too supportive of your spouse end your relationship?

Does earning a lot of money make it harder for a woman to find a husband?

Should a man be happier than his wife?

How important is physical attractiveness to a happy marriage?

Is marriage a good idea for handsome men?

Do we really know what our partners like or want?

Does inflation affect the divorce rate?

Do people in the military marry earlier and divorce earlier?