Can pessimism be a good thing? 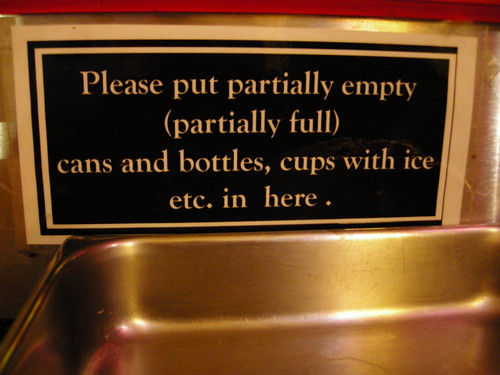 The vast majority of the time, no. But there is one notable exception:

Research has revealed, predictably, that pessimism is maladaptive in most endeavors: Pessimistic life insurance agents make fewer sales attempts, are less productive and persistent, and quit more readily than optimistic agents. Pessimistic undergraduates get lower grades, relative to their SAT’s and past academic record, than optimistic students. Pessimistic swimmers have more sub-standard swims and bounce back from poor swims less readily than do optimistic swimmers. Pessimistic pitchers and hitters perform worse in close games than do optimistic baseball players; similarly, pessimistic NBA teams lose to the point spread after a defeat more often than optimistic teams. Preliminary research even suggests that pessimistic world leaders take fewer risks and act more passively during political conflicts than their optimistic counterparts. In the context of a military crisis and aggression by an adversary, such passivity can have devastating consequences.

Thus, pessimists tend to be losers on many fronts. But there is one striking exception. Pessimists fare better in law. The entire entering class for the University of Virginia School of Law was tested for optimism-pessimism with the Attributional Style Questionnaire (ASQ), a well-standardized self-report measure of “explanatory style” one’s tendency to select certain causal explanations for good and bad events. Their performance was then tracked throughout law school as it related to their initial explanatory style. In sharp contrast to results of prior studies in other realms of life, law students whose attributional style defined them as “pessimistic” actually fared better than their optimistic peers. Specifically, the pessimists outperformed more optimistic students on traditional measures of achievement, such as grade-point averages and law journal success.

These data suggest that what is viewed and labeled as pessimism is a virtue for lawyers. Pessimism encompasses what we call — in less pejorative terms — “prudence.” A prudent perspective, which requires caution, skepticism and “reality-appreciation,” may be necessary for law or certain other skill-based professions.It enables a good lawyer to see snares and catastrophes that might conceivably occur in any transaction. The ability to anticipate the whole range of problems and potential betrayals that non-lawyers don’t see is highly adaptive for the practicing lawyer, who can help his clients defend against these eventualities. And it is a trait that law schools seek to inculcate in their students.

Unfortunately what makes for a good lawyer may make for an unhappy human being. People cannot easily turn off their pessimism when they leave the office. Lawyers who can see acutely how bad things might be for clients are also burdened with the tendency to see how bad things might be for themselves. Pessimists are more likely than optimists to believe they will not make partner, that their profession is a racket, that their spouse is unfaithful or that the economy is headed for disaster. In this manner, pessimism that might be adaptive in the profession also carries the risk of a high toll of depression and anxiety in one’s personal life. The challenge is to remain prudent professionally and yet contain these pessimistic tendencies in domains of life outside the office.