Can long commutes kill a marriage? 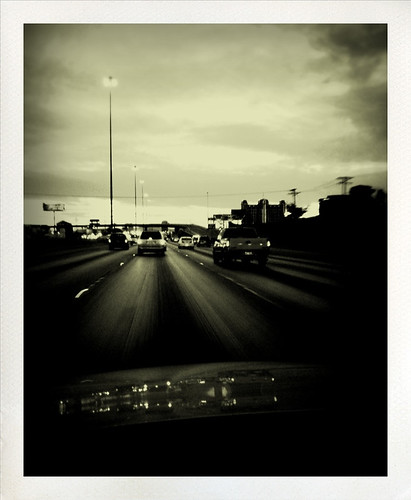 Those who spend a long time on trains or stuck in cars shuttling to the office are up to 40 per cent more likely to split from their spouse.

The risk is highest in the first few years of marriage when the dream of life together gives way to the daily grind, the study showed.

Experts said that the if one partner – most likely the husband – spends 45 minutes or more commuting they would come home too tired to help around the house.

This would create a ‘breeding ground for conflict’ that would leave the other person feeling like they are being taken for granted.

The Swedish study looked at statistical data from two million Swedish households between 1995 and 2000.

The researchers from Umea University cited the figure of 45 minutes as the kind of commute which could do damage to relationships.

Many studies have shown the negative aspects of commuting and I’ve posted on the subject before here, here and here.

As a counterpoint, other studies have shown we may not like commutes that are too short either:

Anonymity in traffic acts as a powerful drug, with several curious side effects. On the one hand, because we feel that no one is watching, or that no one we know will see us, the inside of the car itself becomes a useful place for self-expression. This may explain why surveys have shown that most people, given the choice, desire a minimum commute of at least twenty minutes. Drives desire this solitary “me time” — to sing, to feel like a teenager again, to be temporarily free from the constricted roles of work and home.

This is from the very interesting book Traffic: Why We Drive the Way We Do (and What It Says About Us) by Tom Vanderbilt.