Who benefits from religion? 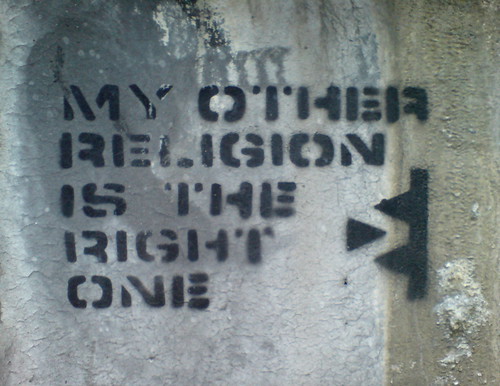 Many studies have documented the benefits of religious involvement. Indeed, highly religious people tend to be healthier, live longer, and have higher levels of sub- jective well-being. While religious involvement offers clear benefits to many, in this paper we explore whether it may also be detrimental to some. Specifically, we examine in detail the relation between religious involvement and subjective well-being. We first replicate prior findings showing a positive relation between religiosity and subjective well-being. However, our results also suggest that this relation may be more complex than previously thought. While fervent believers benefit from their involvement, those with weaker beliefs are actually less happy than those who do not ascribe to any religion—atheists and agnostics. These results may help explain why—in spite of the well-documented benefits of religion—an increasing number of people are abandoning their faith. As commitment wanes, religious involvement may become detrimental to well-being, and individuals may be better off seeking new affiliations.

One of the authors of this study is Dan Ariely. I highly recommend his books Predictably Irrational: The Hidden Forces That Shape Our Decisions and The Upside of Irrationality: The Unexpected Benefits of Defying Logic at Work and at Home.

How to easily get strangers to be kinder to you

Can you get the well-being benefits of religion without being religious?

Do churches offer economic incentives to priests to increase membership?

Does the US News and World Report college ranking discriminate against religiously affiliated schools?

Does believing in witchcraft make you happier?

Priest, Minister and Rabbi: Which one does the most for the public good?

Is it religion that provides happiness or just certainty about the world?

Does the Biblical character Job meet the criteria for Post Traumatic Stress Disorder?

Which is a stronger religious motivator: getting into heaven or avoiding hell?

Does “will to live” really make a difference in when you die?

Does religion stress us out or relieve anxiety?