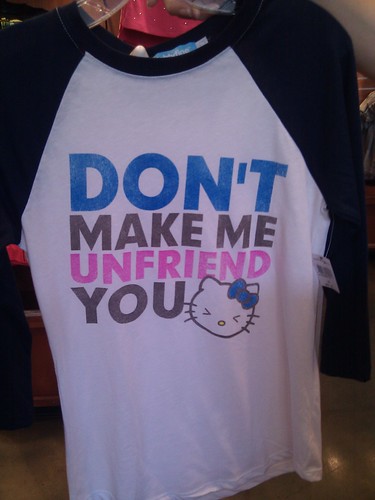 After surveying more than 1,500 Facebook users on Twitter, Sibona found the number-one reason for unfriending is frequent, unimportant posts.

“The 100th post about your favorite band is no longer interesting,” he said.

The second reason was posting about polarizing topics like religion and politics.

“They say not to talk about religion or politics at office parties and the same thing is true online,” he said.

Inappropriate posts, such as crude or racist comments, were the third reason for being unfriended.

The study showed 57 percent of those surveyed unfriended for online reasons, while 26.9 percent did so for offline behavior.

Sibona found a sort of online hierarchy of dominant and subordinate relationships. For example, those making friend requests stood a much higher chance of being abruptly unfriended.

At the same time, those doing the unfriending seemed to hold the upper hand in the relationship.

An AOL study showed 30 percent of teenagers wanted to unfriend their own parents.