Does everyone take education into account when choosing a spouse — even movie stars? 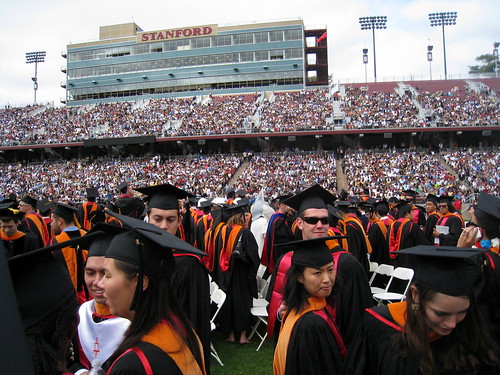 Bruze assembled a large data set of top movie stars’ marriages, earnings, and education levels. He found that level of formal education has no correlation with a movie star’s success, either in terms of box office earnings or the likelihood of winning an Oscar. Yet despite the disconnect between education and success, movie stars who marry each other still tend to have similar educational backgrounds, Bruze’s analysis shows. His data also show that actors are unlikely to meet their spouses in school, or be cast together in movies due to their education level.

The findings suggest that sorting on education isn’t all about the money or solely an artifact of professional affiliations. “What it says is that men and women have very strong preferences for nonfinancial partner traits correlated with education,” Bruze said. “And educational sorting would remain even if the tendency of men and women to work with colleagues of a similar educational background were to disappear or if the role of educational institutions as a meeting place for future husbands and wives were to disappear.”

For a cheat sheet to all that stuff you may have missed in school, I recommend An Incomplete Education: 3,684 Things You Should Have Learned but Probably Didn’t.

Can being too supportive of your spouse end your relationship?

Does earning a lot of money make it harder for a woman to find a husband?

Should a man be happier than his wife?

How important is physical attractiveness to a happy marriage?

Is marriage a good idea for handsome men?

Do we really know what our partners like or want?

Does inflation affect the divorce rate?

Do people in the military marry earlier and divorce earlier?