What do we learn when we study people from birth to old age? 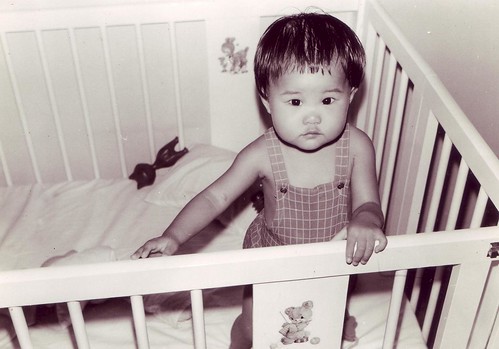 The exercise has revealed some surprises. It has shown that the heaviest babies were most at risk of breast cancer decades later; that children born into lower social classes were more likely to gain weight as adults; that women with higher IQ reached menopause later in life; and that young children who spent more than a week in hospital were more likely to suffer behaviour and education problems later on.

Children who were born into better socioeconomic circumstances were most likely to do well in school and university, escape heart disease, stay slim, fit and mentally sharp and, so far at least, to survive.

Correlations tumbled out of the data. In 1985, Wadsworth and his team reported that cohort members whose birth weight had been low had higher blood pressure as adults1. It was an early hint that fetal and infant growth shape adult health, a link that became known as the Barker hypothesis after David Barker, an epidemiologist at the University of Southampton, UK, who published a 1989 analysis of birth weight and health in a different cohort2. He found that babies with the lowest birth weights had the highest risk of heart disease as adults.

Study after study from the 1946 cohort supported the link, showing a tangle of connections between infant and child growth or development and adult traits from cognitive ability to frailty, diabetes, obesity, cancer and schizophrenia risk. “It isn’t the same story every time, but we find an endless stream of long-term associations in quite ‘noisy’ data,” says Kuh. “Big babies were more likely to get breast cancer. Small babies were more likely to have poor grip strength. Those who grew fast postnatally have more cardiovascular risk.” (Says Ward: “I find that quite extraordinary, almost in a poetic way, that there is something that spans all those years, that something was set down, determined at that stage.”)

Marcus Richards, an epidemiologist who is leading the cognition studies on the group, points to evidence from the 1946 cohort — and supported by many other studies — that regular physical exercise in a person’s thirties and forties can slow their cognitive decline with age. “We can take that research and say, here is very clear-cut evidence of something you can do to protect your cognitive health as you get older, and this is how you should do it,” says Richards.

As women in the study reached their fifties, a more mysterious pattern emerged: those who had performed well on childhood intelligence tests tended to reach menopause several years later than those who had performed poorly4. “We tested almost to destruction every social and behavioural pathway; we threw almost everything we had at that to see if we could make that association go away and it didn’t,” says Richards. But once the researchers considered the association, it began to make sense. Their theory now is that childhood cognition provides a readout of brain development, including that of some areas that respond to hormones or are responsible for hormone production. In short, high IQ scores could indicate a brain that was well-developed all round, and so was able to sustain reproduction for longer. Kuh says that she has been testing whether genes are responsible, “so far without success”.

Kuh points out a blue line representing a group of women from better-off backgrounds, whose death rate is about half that of everyone else7. Kuh has not been able to attribute the effect to less smoking or other obvious factors, and she suspects that these women took advantage of the educational and health opportunities afforded by post-war Britain to improve themselves. “They really changed their lives with education. The girls, if they got through, they did really well.”

You can read the full piece here.