Should you stay up all night gambling in Vegas? 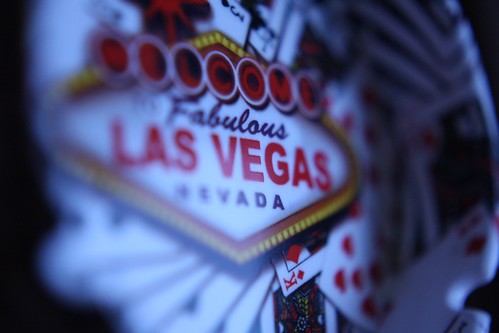 The powers that be in Las Vegas figured out something long before neuroscientists at two Duke University medical schools confirmed their ideas this week: Trying to make decisions while sleep-deprived can lead to a case of optimism.

It has been shown that lack of adequate sleep impairs our ability to make decisions, but this has often been attributed to sleep deprivation’s effects on attention and memory, and the inability to integrate feedback in an effective manner.

This is the first study to show that sleep deprivation can change the way the brain assesses economic value, independent of its effects on vigilant attention.

Can you predict someone’s personality by the way they gamble?

The fix is in: what’s the best way to rig a sporting event?

If you give away a lottery ticket, is it more likely to win?

Do bookmakers possess superior skills to bettors in predicting outcomes?

How to quickly and easily improve your blackjack game.

The Secret Behind Powerball Lottery Strategies

What do you buy when you buy a lottery ticket?

What the hell is wrong with Australian Gambling researchers?