How accurate are most people’s self-assessments? 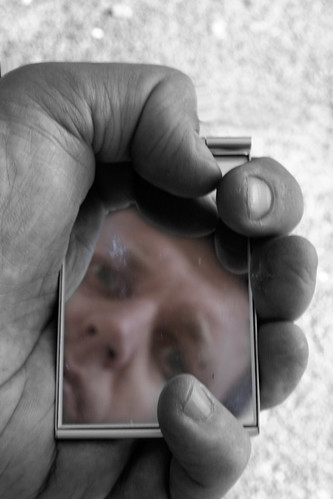 They have some bearing on reality but far too often we feel we’re above average:

Research from numerous corners of psychological inquiry suggests that self-assessments of skill and character are often flawed in substantive and systematic ways. We review empirical findings on the imperfect nature of self-assessment and discuss implications for three real- world domains: health, education, and the workplace.

In general, people’s self-views hold only a tenuous to modest relationship with their actual behavior and performance. The correlation between self-ratings of skill and actual performance in many domains is moderate to meager—indeed, at times, other people’s predictions of a person’s outcomes prove more accurate than that person’s self-predictions. In addition, people overrate themselves. On average, people say that they are ‘‘above average’’ in skill (a conclusion that defies statistical possibility), over- estimate the likelihood that they will engage in desirable behaviors and achieve favorable outcomes, furnish overly optimistic estimates of when they will complete future projects, and reach judgments with too much confidence. Several psychological processes conspire to produce flawed self-assessments.

Research focusing on health echoes these findings. People are unrealistically optimistic about their own health risks compared with those of other people. They also overestimate how distinctive their opinions and preferences (e.g., discomfort with alcohol) are among their peers—a misperception that can have a deleterious impact on their health. Unable to anticipate how they would respond to emotion-laden situations, they mispredict the preferences of patients when asked to step in and make treatment de- cisions for them. Guided by mistaken but seemingly plausible theories of health and disease, people misdiagnose themselves—a phenomenon that can have severe conse- quences for their health and longevity.

Similarly, research in education finds that students’ assessments of their performance tend to agree only moderately with those of their teachers and mentors. Students seem largely unable to assess how well or poorly they have comprehended material they have just read. They also tend to be overconfident in newly learned skills, at times because the common educational practice of massed training appears to promote rapid acquisition of skill—as well as self-confidence—but not necessarily the retention of skill. Several interventions, however, can be introduced to prompt students to evaluate their skill and learning more accurately.

In the workplace, flawed self-assessments arise all the way up the corporate ladder. Employees tend to overestimate their skill, making it difficult to give meaningful feedback. CEOs also display overconfidence in their judgments, particularly when stepping into new markets or novel projects—for example, proposing acquisitions that hurt, rather then help, the price of their company’s stock. We discuss several interventions aimed at circumventing the consequences of such flawed assessments; these include training people to routinely make cognitive repairs cor- recting for biased self-assessments and requiring people to justify their decisions in front of their peers.

The act of self-assessment is an intrinsically difficult task, and we enumerate several obstacles that prevent people from reaching truthful self-impressions. We also propose that researchers and practitioners should recognize self- assessment as a coherent and unified area of study spanning many subdisciplines of psychology and beyond. Finally, we suggest that policymakers and other people who makes real-world assessments should be wary of self-assessments of skill, expertise, and knowledge, and should consider ways of repairing self-assessments that may be flawed.

Source: “Flawed Self-Assessment, Implications for Health, Education, and the Workplace” from Psychological Science in the Public Interest (2004), Volume: 5, Issue: 3, Pages: 69-106

Does love mean being a little deluded?