Does what your mother ate during pregnancy affect your health and how you age? 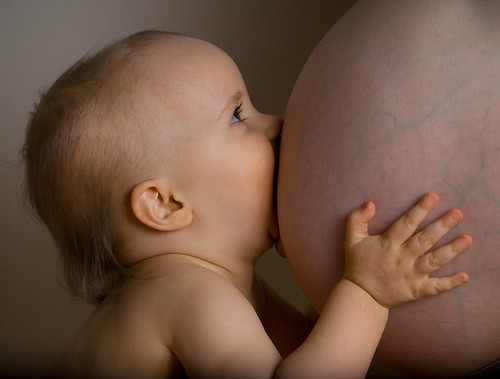 Poor diet during pregnancy increases offspring’s vulnerability to the effects of aging, new research has shown for the first time.

The research, by scientists from the University of Cambridge, provides important insight into why children born to mothers who consumed an unhealthy diet during pregnancy have an increased risk of type 2 diabetes (a significant contributing factor to heart disease and cancer) later in life.

However, until now, very little was understood about the underlying mechanisms that control the interaction between diet during gestation and gene expression in offspring throughout their adult life. Research, funded by the BBSRC and the British Heart Foundation, has now shown that the gene Hnf4a, which has been linked to type 2 diabetes, is regulated by maternal diet through epigenetic modifications to our DNA. Additionally, they found that poor diet exacerbates the rate at which these key epigenetic modifications accumulate during the aging process.

Previous research has shown that the gene Hnf4a plays an important role both during development of the pancreas and later in the production of insulin. The researchers hypothesised that diet during pregnancy influences the expression of this gene later in life, thereby influencing the risk of diabetes.

The study was performed on rats, however:

The scientists then studied the DNA from insulin secreting cells from human pancreases to show that expression of this important gene was controlled in the same way in humans.