What does your choice of TV shows say about you? 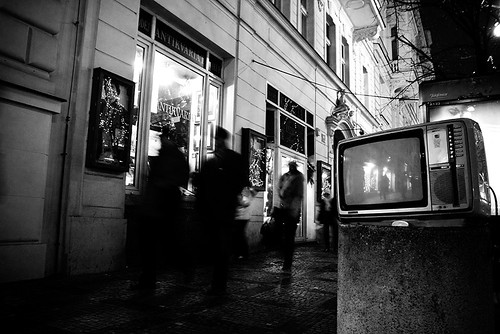 …”This narrative structure is nothing new to storytelling about crime, but it may lead to a heightened fear among viewers because it seems like such a crime could happen to them or their loved ones,” she said. “Because the criminal is often portrayed as one step ahead of the law, viewers may be less confident in the authorities’ ability to stop the crime before it’s too late.”

Crime dramas, meanwhile, are more straightforward, portraying offenders as evil and the criminal justice system as a moral authority, assuring that cops and prosecutors will protect the public and punish criminals…

Do we use TV as a substitute for real relationships?