Is bribing your kids to eat vegetables a good idea? 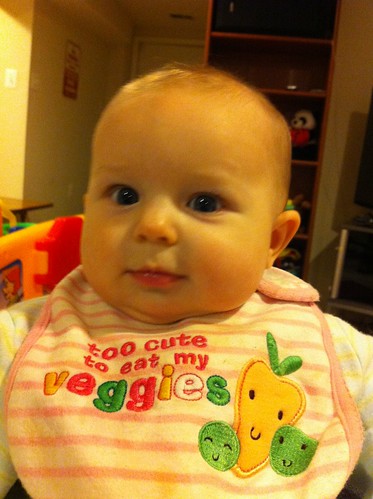 Parents commonly use rewards to encourage children to eat healthfully, but this practice remains controversial because rewards are suspected of undermining children’s intrinsic motivation. A cluster-randomized trial examined children’s acceptance of a disliked vegetable over 12 daily taste exposures. These exposures were paired with a tangible reward, a social reward, or no reward, and the findings were compared with the results from a no-treatment control condition. Liking and intake of the vegetable were assessed in a free-choice consumption task at preintervention, postintervention, 1 month after intervention, and 3 months after intervention. Liking increased more in the three intervention conditions than in the control condition, and there were no significant differences between the intervention conditions. These effects were maintained at follow-up. Children in both reward conditions increased consumption, and these effects were maintained for 3 months; however, the effects of exposure with no reward became nonsignificant by 3 months. These results indicate that external rewards do not necessarily produce negative effects and may be useful in promoting healthful eating.

Source: “Eating for Pleasure or Profit, The Effect of Incentives on Children’s Enjoyment of Vegetables” from Psychological Science

How To Make Your Kids Smarter: 10 Steps Backed By Science