Can talking on the phone while driving make you less likely to get in an accident? 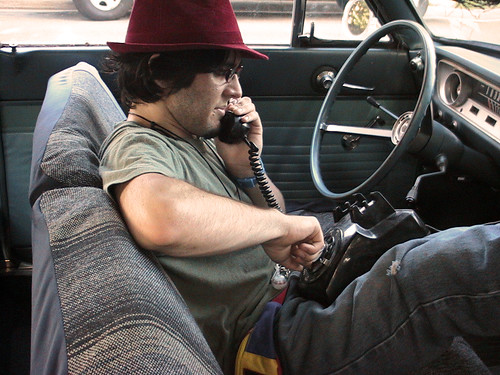 If you’re exhausted behind the wheel, it might be safer to talk on the phone than not to:

Objective: The objective of this study was to investigate the nature of concurrent task interference during a vigilance task and to determine whether a con- current task improves performance with decreased vigilance.

Background: Research has repeatedly shown that engaging in a cell phone conversation while driving increases the risk of getting into crashes. At the same time, it has also been found that task monotony could lead to an increase in crash risk. There is evidence that suggests that engaging in a concurrent task reduces the effects of monotony, leading to an improvement in vigilance task performance.

Method: A monotonous drive in a driving simulator was used to investigate the effects of a concurrent verbal task. Three task conditions were used: no verbal task, continuous verbal task, and late verbal task.

Results: When engaged in a secondary verbal task, drivers showed improved lane-keeping performance and steering control when vigilance was lowest.

Conclusion: A strategically placed concurrent task can improve performance when vigilance is at its lowest.

Application: There is potential for the design of a countermeasure system that can be strategically activated by an automated system monitoring driver performance.