Is there really a “hot hand” in sports? 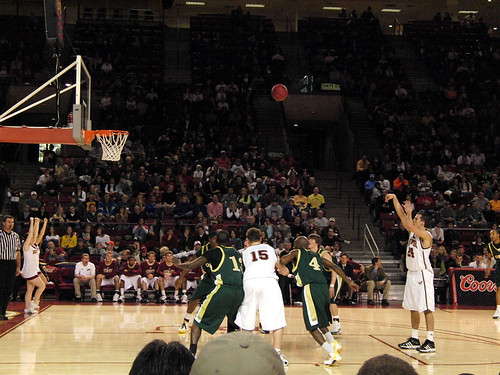 Despite the conventional wisdom of the existence of the “hot hand” in basketball, studies have found no or weak evidence for the hot hand in game situations, although stronger evidence in controlled settings. Almost all studies have tested for the hot hand in univariate frameworks, often with inadequate power. I use a sample based on all free throws during the 2005-06 NBA season. With a multivariate framework with individual fixed effects, I find evidence for the “hot hand” in that making the first free throw is associated with a significantly higher probability of making the second free throw.

Awarding a grand prize to the player who wins most often in a series of contests links the contests together and makes incentives in the current contest depend on past performance. A lucky player who wins early faces relatively stronger economic incentives to exert effort because of his early success. As a consequence, early winners are more likely to keep winning through the middle of the series. That is, a grand prize generates what looks like a hot hand. Indeed, this argument about economic incentives may help to rationalize the inconsistent evidence of a hot hand in sporting events. This article develops this argument and assesses it empirically using data from the Professional Golfers’ Association Tour, before and after a grand prize, the season-ending Tour Championship, was introduced.

Source: “Contests, Grand Prizes, and the Hot Hand” from Journal of Sports Economics