Can you turn a liberal into a conservative? 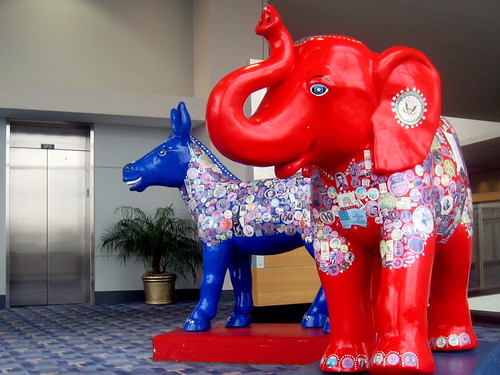 In Study 1, politically liberal college students’ in-group favoritism increased after a system-injustice threat, becoming as pronounced as that of conservatives. Studies 2 and 3 conceptually replicated these results with low preference for consistency [Cialdini, R. B., Trost, M. R., & Newsom, J. T. (1995). Preference for consistency: The development of a valid measure and the discovery of surprising behavioral implications. Journal of Personality and Social Psychology, 69, 318–328.] as a dispositional measure of liberalism. In Study 2, following a mortality salience threat, dispositionally liberal students showed as much conviction in their attitudes toward capital punishment and abortion as dispositional conservatives did. In Study 3, after a mortality salience threat, liberal students became as staunchly unsupportive of homosexuals as conservatives were. The findings that political and dispositional liberals become more politically and psychologically conservative after threats provide convergent experimental support for the [Jost, J. T., Glaser, J., Kruglanski, A. W., & Sulloway, F. J. (2003). Political conservatism as motivated social cognition. Psychological Bulletin, 129 339–375.] contention that conservatism is a basic form of motivated social cognition.