Are women more likely to get pregnant with men who make them orgasm? 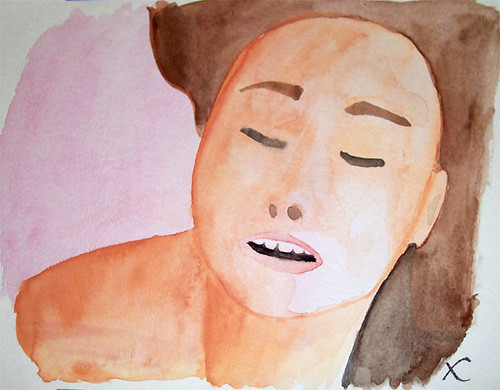 Many have theorized that the purpose of the female orgasm (since it’s not essential to reproduction) was to increase the likelihood of reproduction with men that women respond to most strongly. However…

Introduction.  Spermatozoal uptake, facilitated by uterine contractions induced by oxytocin at orgasm during coitus, has been a long term concept. Studies attempting its support, however, have been poorly examined especially in the context of the changes in the female genital tract activated by sexual arousal.

Aim.  To examine experimental support for the concept.

Methods.  Using a variety of search engines, mainly peer reviewed articles and un-reviewed books were examined relating to sperm transport and function in the human female genital tract in the absence and presence of arousal to orgasm.

Results.  All the experimental observations of sperm or model substitute’s transport have been undertaken in women who were not sexually aroused. They fail to take into account that arousal creates vaginal tenting lifting the cervico-uterine complex into the false pelvis away from the ejaculated semen. This delays sperm uptake and transport making conclusions from these observations invalid in relation to transport during coitus. Studies injecting oxytocin have not used women in their sexually aroused state and used supraphysiological doses unlikely to be comparable with coitus and orgasm. The proposal that the transport of extra sperm by oxytocin-induced uterine contractions at orgasm is needed to facilitate fertility ignores possible harm from increased sperm numbers creating polyspermy and sperm enzyme release causing ovum degeneration, leading to decreased fertility. The role of sperm motility in their uptake from the vagina into the cervix as opposed to en bloc transfer through uterine archimyometrial-mediated transport in the absence of orgasm is at present unresolvable because of conflicting studies.

Conclusion.  The bulk of the reported evidence favors the conclusion that the female orgasm, with its concomitant central release of oxytocin, has little or no effective role in the transport of spermatozoa in natural human coitus.

Source: “Can the Controversy About the Putative Role of the Human Female Orgasm in Sperm Transport be Settled with Our Current Physiological Knowledge of Coitus?” from The Journal of Sexual Medicine