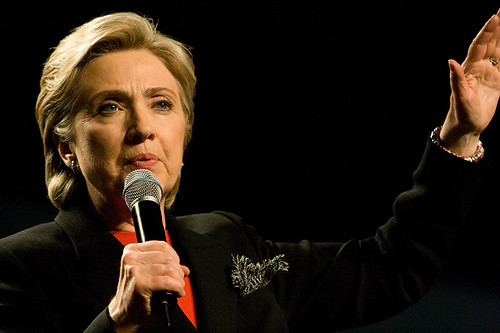 It causes people to like her less — unless she points out that the remarks are inappropriate:

Sexist language used by a male political candidate toward a female political candidate causes a drop in her support, unless the woman points out that the remarks are inappropriate, according to a recent study sponsored by Women’s Media Center, the WCF Foundation and Political Parity, Politico reports… Support for the woman decreased by 21% among people who heard the sexist comments, compared with a 10% decrease among those who heard the discussion focusing only on policy.